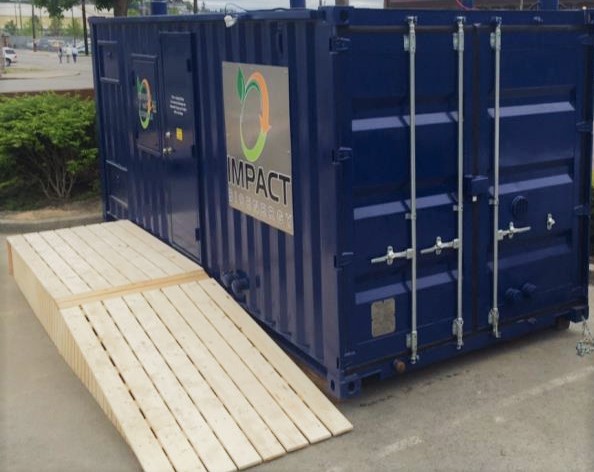 This Feasibility/Pilot Study would evaluate a) Site Location b) Custom-Design Review c) Ongoing Maintenance requirements for building a 160-square foot anaerobic digester on the UW Seattle Campus. The anaerobic digester would utilize food waste to produce renewable energy (biogas) and compost. The biogas and compost could be used for research projects by professors/students, and the methane gas could be used to generate electricity or power water boilers on the UW campus. The food waste would be provided by the UW Husky Union Building (HUB).

Food waste is an urgent public health issue. In the U.S., approximately 31% of post-harvest food is wasted (i.e. thrown away or spoiled). This is approximately 133 billion pounds of food annually, costing approximately $161 billion (“USDA | OCE | U.S. Food Waste Challenge | FAQ’s,” n.d.). This is shocking and shameful, given national rates of food insecurity and poverty. In addition, food waste often rots in landfills, creating methane gas, which is nearly 4x as damaging to the ozone layer as CO2 emissions. We have to address food waste at the local, city, and national level. This project proposal involves building an anaerobic digester on the UW Seattle campus to utilize food waste to produce compost and renewable energy.

An anaerobic digester would have three main environmental impacts on the UW Seattle Campus:

2) Soil Health: an anaerobic digester would produce nutrient-rich compost that could be applied to the UW farm and Center for Urban Horticulture (and other locations on campus).

3) Renewable Energy: an anaerobic digester would be a small-scale model of how to generate renewable energy from food waste. The food waste is broken down by microbes, which produce methane gas, and the methane gas can be used to power a generator for electricity.

Apply for a grant