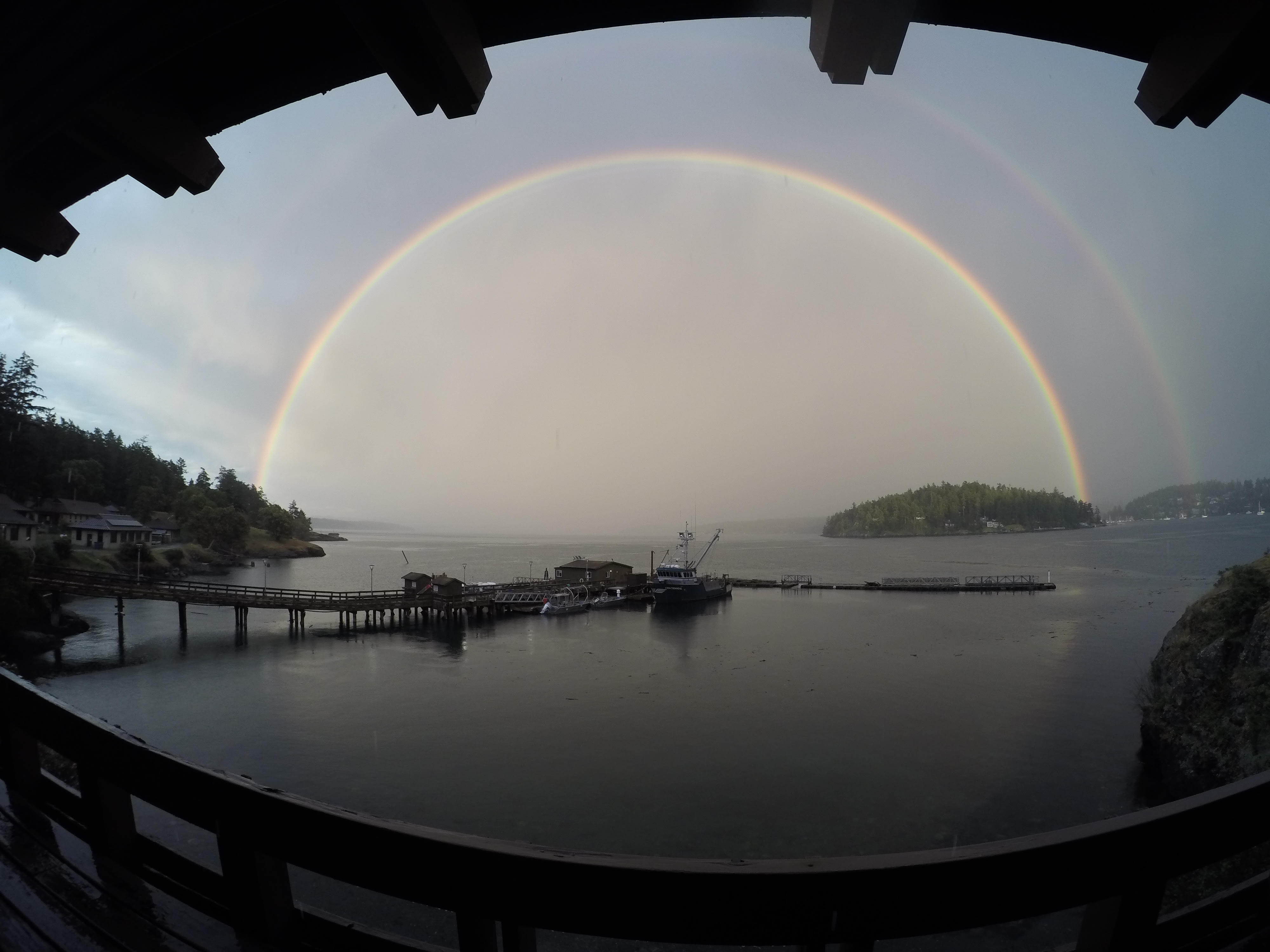 Friday Harbor Labs (FHL) is University of Washington’s marine biology laboratory on San Juan Island. FHL has a more than 100 year history of environmental stewardship as well as marine and terrestrial ecology research and education, and is a beacon of ecological connectedness and sustainability in the Pacific Northwest. Nevertheless, the lack of a fully sustainable solid waste disposal program at FHL represents a clear and easily addressable area for improvement. FHL hosts hundreds of undergraduate and graduate students, faculty, staff, and visiting scholars year round, and as such generates thousands of pounds of compostable food waste annually. Currently, all of this waste is shipped of island to a landfill in South-Central Washington. In 2014, FHL acquired an industrial Rocket A700 composter, which must be housed in a dedicated dry and animal-proof facility.

With this Campus Sustainability Fund grant, FHL will design and construct such a facility. This facility will feature:

* an enclosed space to house the composter;
* the ability to handle up to 700 liters of food waste per week, which is more than all current food waste production at the labs even during peak occupancy;
* a reduction in FHL-generated CO2 emissions* by nearly 11 metric tons per year;
* a yield of sufficient compost to cover a new, student-run FHL community garden as well as for all the landscaping needs on the FHL grounds;
* for the first time, a dedicated, publicly-accessible location at FHL for the disposal and ethical recycling of e-waste;
* educational signage describing our composter, other home composting methods, and the environmental benefits of composting and recycling.

The new FHL facility will be overseen by a new quarterly “FHL Student Compost Ambassador,” who will coordinate with the FHL administration, maintenance and cafeteria staff to plan, help construct and operate the facility. The Ambassador will also organize student volunteers to design and sustain the new community garden, and will submit quarterly reports to maintain continuity with future ambassadors.