Conservation and Sustainability at Manastash Ridge Observatory: Planning For the Next Forty Years 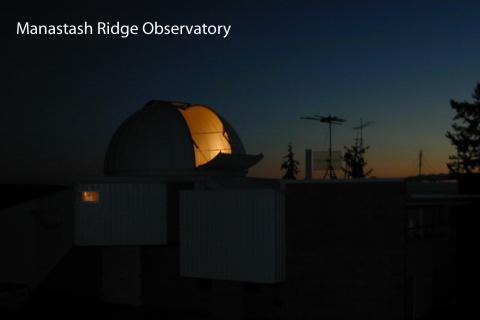 Photo Source:
Manastash Ridge Observatory website
Year:
2014-2015
Amount Awarded:
$59,559
Potential Funding Reductions:
The four components of this proposal (conserving water, conserving energy, capturing rainwater, and solar power) are relatively independent upgrades, but together they complement each other and maximize the effect each has individually. However, if the CSF cannot fund the entire proposal, we would focus our efforts on the aspects that provide the most value. These would be energy and water conservation upgrades, and the rainwater catchment system. Without solar, our proposal shrinks considerably--by 83%! However, the solar aspect of the project is the dramatic centerpiece that would make MRO a demonstration site for UW sustainability. Light bulbs and toilets are essential parts of this proposal, but an observatory that operates off the grid is interesting and unique, not just in our community, but world wide! Our outreach plans for the wider UW community begin with energy generation data from the solar array. So while each component will play a unique role in making MRO a demonstration site for sustainable technology the solar aspect, though expensive, is the “halo” project that enables the most effective outreach. We submit this proposal as four parts that stand alone and can be funded independently, but submit them together to increase their impact.
Project Longevity:

All systems will be designed with as much robustness against failure as possible, and much of the long term maintenance can be mitigated through this design. But as we all know, there will be some maintenance. MRO already has the management, staff, and student support to maintain the proposed systems. The costs associated with the continued operation of these sustainability improvements are recouped from lower energy and water bills. The list of maintenance on the system includes: cleaning the solar panels to produce optimum throughput, replacing rainwater filters, and verifying transfer pump operation. All of these tasks are appropriate for our undergraduate users. Long term maintenance tasks include: replacement of batteries (every 5 years), replacement of rain water transfer pump (every 3-5 years), solar panel replacement (every 20 years).