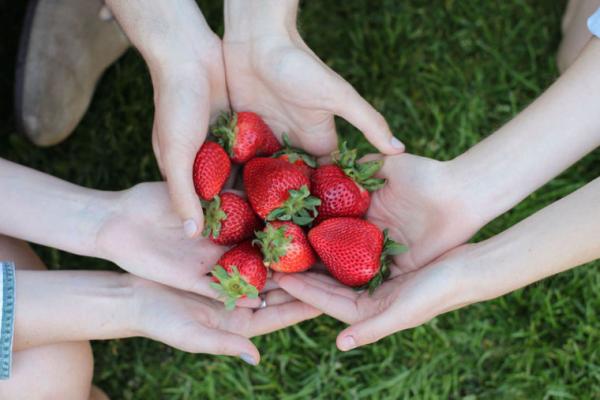 The ASUW Student Senate passed a resolution in support of the UW dedicating 25 percent of its food purchases to Real Food, or food that is fairly produced (from farm to table,) by 2020, with an annual one percent increase.

The Real Food Challenge (RFC) is a national campaign that encourages universities to purchase Real Food. To be considered Real Food by RFC standards, food items must fulfill at least one of the following criteria: local and community-based, fair, ecologically sound, and humane.

These proposed changes in R-21-34 are part of the Real Food Campus Commitment, which has been signed by several other universities including Gonzaga University, the University of Utah, and all California State University campuses.

Madison Wright, a member of the Student Food Cooperative, sponsored the resolution as a student senator. According to Wright, the purpose of RFC efforts is to promote food that is “ethically responsible.”

Members of the Husky Real Food Challenge (HRFC), a registered student organization established in 2010, are leading efforts on campus to raise awareness about food justice through their work on R-21-34.

According to Wright, 51 senators voted to approve R-21-34, and 12 senators voted against the resolution Tuesday. Some senators were concerned that increasing Real Food purchases would make food on campus more expensive.

In response, HRFC coordinator Dani Gilmour highlighted the importance of accessibility and affordability of Real Food in a written statement.

“The UW has great potential to purchase Real Food at an accessible price because of the large quantities they can purchase in bulk,” Gilmour wrote.

Nathan Bombardier, the HRFC outreach coordinator, said that a goal of the RFC is to hold consumers accountable at the university and individual levels.

“Accountability is about being aware of where you are in relation to the world around you and also understanding the consequences of the choices you make,” Bombardier said.

Wright said consumers often do not realize how the ingredients they consume affect ecosystems: Palm oil, for example, is a contributor to deforestation and a common ingredient in items sold on campus.

“We have a very opaque food system here in America,” Bombardier said. “We go to the store, and often you don’t even see the food. You see the box.”

The HRFC evaluated the UW Housing and Food Services’ (HFS) food purchases from January and February 2013. These assessments were guided by RFC criteria using the Real Food calculator, an online web application.

The results, which are posted on the HRFC website, analyzed $2,229,903 worth of food. According to this research, HFS spent 16 percent of its food budget on Real Food.

Gilmour, who wrote R-21-34 with Bombardier and HRFC member Lauren Drakopolus, said it is difficult to create change when there are so many stakeholders involved in the food system, such as farmers, laborers, consumers, and legislators.

“In a bureaucracy like this it takes a resolution to get folks to prioritize this issue,” Gilmour said.

According to Gilmour, a food-systems working group will be formed to assist HFS in implementing the changes outlined in R-21-34 if the UW signs the Real Food Campus Commitment.

“It is very hard for HFS to be tasked with creating a just system when they are working so hard on other issues,” Gilmour said. “That’s why we want to bring different stakeholders together at the table to address these issues.”

Gilmour, Bombardier, and Schroeder explained that the RFC promotes a more holistic way of thinking about food systems.
“It’s not just looking at sustainability and local food separately,” Gilmour said. “Real Food is food that nourishes the earth, producers, consumers, and communities.”

Gilmour said the HRFC is working to schedule a meeting with vice president for student life Denzil Suite and will extend the invitation to Interim President Ana Mari Cauce.